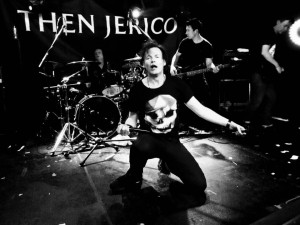 Then Jerico – The Big Area (Rhino/Warner)

Then Jerico is a pop rock outfit hailing from the 80’s and “The Big Area”, the band’s second album, is one of the fastest selling albums on the day of its release (1989), moving 100000 copies in 40 minutes!  The band has reunited and plans to play the album on tour in its entirety…

The album has been difficult to obtain for a number of years and it finally sees a re-release.  It still sounds remarkable and is well worth listening to, 23 years later.  Sadly, with all the Deluxe Editions hitting the shelves, it is disappointing not to see “The Big Area” get similar treatment…

Still a fine album and one which the younger generation should pick up and listen to.