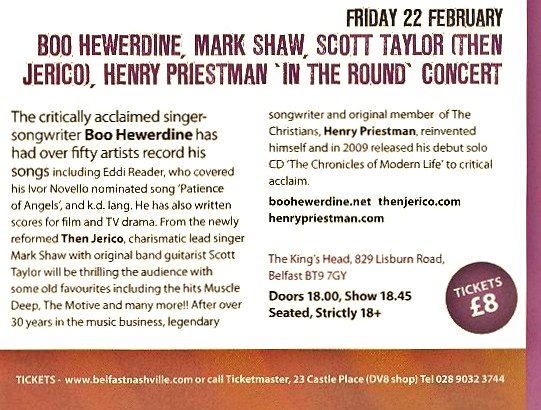 To purchase tickets for the forthcoming THEN JERICO UK ‘REPRISE’ TOUR please visit eventim.co.uk and/or ticketmaster 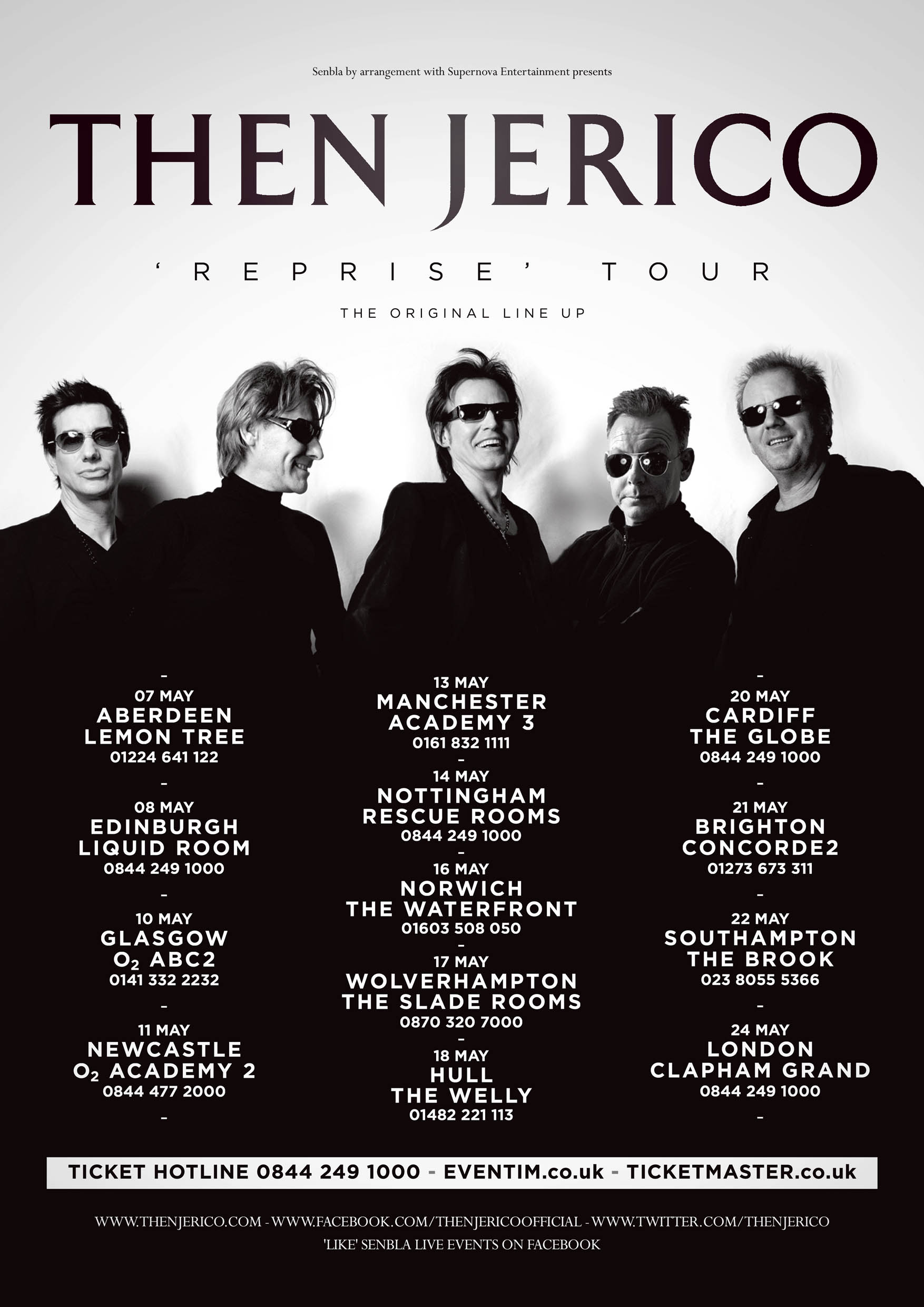 Then Jerico will  be performing at the Let’s Rock Bristol Festival on Sat June 8th.
As soon as we have more details we will post them here.

Citing Duke Ellington, Scott Walker, The Rolling Stones and fellow Rewind artist Cockney Rebel amongst his influences, Mark Shaw formed Then Jerico in 1983 via an advert in Melody Maker and signed to London Records (FFRR) in 1984.

After two years of constant touring the group released their debut album “First” in 1986, which included the hit single ‘The Motive’ which remained in the UK Top 40 chart for three months, becoming the most-played record on BBC Radio 1 in 1987 and bringing Jerico worldwide recognition.

“Let Her Fall” and “Muscle Deep” also featured on the album, the latter being banned by Radio 1 due to its political subject matter – Apartheid.  Nevertheless the band continued to tour the world with the “Artist Against Apartheid” banner and in 1989 released their classic gold status album “The Big Area” which featured singles ‘Sugarbox’, “What Does It Take?” (featuring another Rewind artist Belinda Carlisle) and their biggest hit single, title track “Big Area”.

Following a successful solo career in the 90s and 00s, Mark Shaw reunited Then Jerico for a UK reunion tour in September 2012 to such success they hit the road again in May 2013 with their ‘Reprise’ Tour stopping at Rewind Festival along the way. 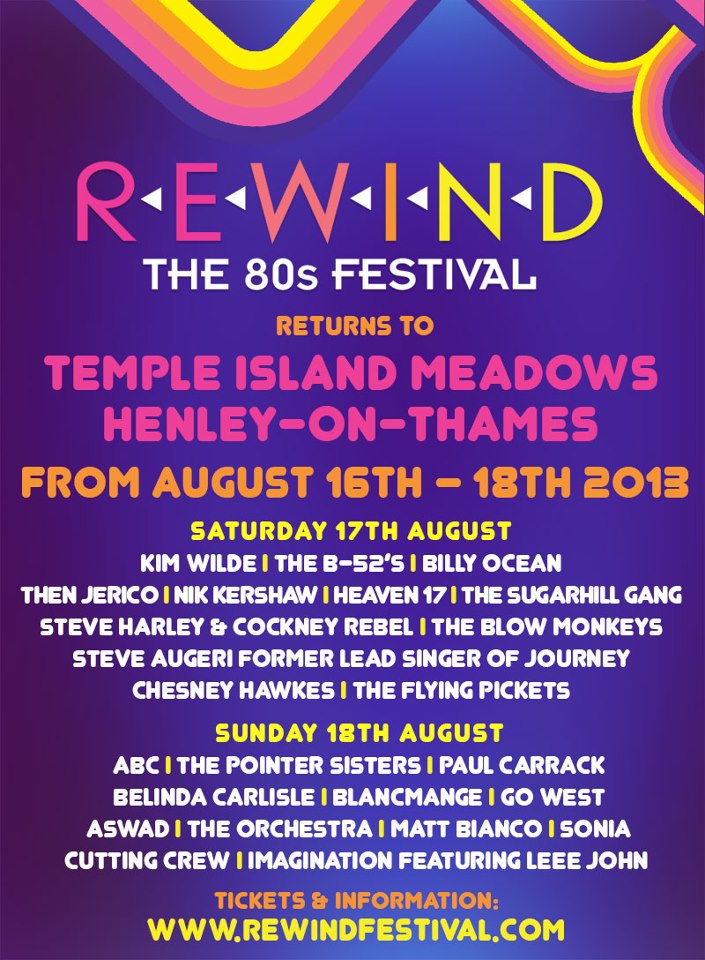