Then Jerico first found fame in 1987 with the release of their debut album ‘First (The Sound Of Music)‘. The record featured hit singles ‘Muscle Deep‘ and ‘The Motive‘ which remained in the UK Top 40 chart for three months, becoming the most-played record on BBC Radio 1 in 1987. The track brought Then Jerico worldwide recognition and saw them selling-out headline shows along with support tours with Iggy Pop and Propaganda, amongst others.

Their follow-up album, ‘The Big Area‘, cemented their status as one of the greatest bands of the 1980s. Selling over 100,000 copies within the first 40 minutes of its release, ‘The Big Area‘ immediately attaining Gold status and consequently reached Platinum sales.

Mark Shaw formed the band at the age of 21, recruiting bassist Jasper Stainthorpe and drummer Steve Wren and poaching guitarist Scott Taylor from Belouis Some.

The band played The Limelight Club in NYC in 1983 and signed to London Records in 1984. The single”The Big Sweep” was recorded for London but they objected to the lyrical subject matter (an anti-Robert Maxwell/Rupert Murdoch statement). It was initially released by the track’s producer Martin Rushent on his own Immaculate label in 1985 and then, subsequently, as a limited edition by London Records along with the new song, “Fault“, both of which attracted attention in the clubs.

A handful of subsequent singles and a growing live following continued to raise Then Jerico’s profile and the band’s first real chart success came in early 1987 with the song “Muscle Deep”. “The Motive” followed that single into the Top 40. They enjoyed success with two albums, First (The Sound Of Music) (1987) co-produced by Mark Shaw and Owen Davies, which reached number 35 in the UK Albums Chart, followed by The Big Area in 1989 that went gold and reached number 4 in the UK Albums Chart.  Producer Rick Nowels took care of about more than half of the tracks on that album which also lead to the appearances of Belinda as side vocals on the single “What Does It Take“.

The single “Big Area” was produced by Gary Langan (who was also a member of Art of Noise), and preceded the album The Big Area selling 35,000 pre-release copies. It played throughout Europe. The album itself featured several producers including Shaw.

“Big Area” was the greatest success the group would have, peaking at number 13 in the UK Singles Chart. It was featured in the 1989 science fiction film, Slipstream (starring Mark Hamill), and was used by Irish national broadcaster RTE as the theme music for its televised golf programming throughout the 1990s. The hit singles “Big Area” / “Sugar Box” and “What Does It Take” (ft. Belinda Carlisle) are the best known songs from the album.

As of September 2012, a hugely successful &, original “Big Area” album line-up reunion tour was completed in the UK. 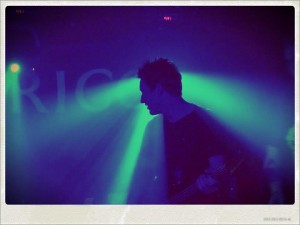 On October 3rd 2012 Then Jerico played their debut LIVE acoustic show in London which was recorded & filmed for CD/DVD release.

On 12 December 2012 Mark Shaw announced details of a May 2013 UK “Reprise” tour consisting of thirteen dates around the United Kingdom culminating in a show at the Clapham Grand in London.

Mark Shaw & Scott Taylor are set to play an Exclusive Acoustic Concert in Belfast on Saturday 23rd February 2013 as part of the 9th Belfast Nashville Songwriters Festival – their first ever Irish performance!

3 thoughts on “About Then Jerico”