Then Jerico are confirmed to appear as very special guests at this year’s Alarm Gathering, and will appear on Saturday February 2nd. (Tickets available here).

Then Jerico who are fronted by the charismatic Mark Shaw, also played with The Alarm at the Forum in London last year and left a deep impression with Alarm fans. There was a lot of favourable social media chatter and repeated requests for the band to play again with The Alarm. So much so, that the MPO Team is delighted to confirm that Then Jerico are now booked to play.

Then Jerico is a British rock band formed by singer Mark Shaw, who first found fame in 1987 with the release of their debut album ‘First (The Sound Of Music)‘. The record featured hit singles ‘Muscle Deep‘ and ‘The Motive‘ which remained in the UK Top 40 chart for three months, becoming the most-played record on BBC Radio 1 in 1987. The album brought Then Jerico worldwide recognition and saw them selling-out headline shows along with support tours with Iggy Pop and Propaganda, amongst others.

Their follow-up album, ‘The Big Area‘, cemented their status, by going on to sell over 100,000 copies within the first 40 minutes of its release, ‘The Big Area‘ immediately attained Gold status and reached number 4 in the UK Albums Chart. The title track and single Big Area was a huge radio and club hit throughout Europe, peaking at number 13 in the UK Singles Chart.

“I’m really looking forward to welcoming Mark Shaw and Then Jerico to The Gathering”, said a recently honoured Mike Peters MBE. “I’ve met and performed with the band on a couple of occasions, and they always give everything they have got. Mark is an engaging performer and singer who literally throws himself into each performance. I’m sure all The Alarm fans will give Then Jerico a huge reception on the Saturday night. It promises to be an incredible evening of music

Please Note*** The below show is now completely SOLD OUT!

We are pleased to announce a very special THEN JERICO ACOUSTIC gig on 3rd February 2018 at The Troubadour, Earl’s Court, London. Tickets £12.00 [in advance OR £14.00 at the door – however, we do advise purchasing your tickets in advance]

Then Jerico Acoustic will take the stage around 9.00pm -9.30pm (GMT) & will be playing a selection of Mark Shaw:Then Jerico classics & favourite album tracks plus a couple of Mark’s rarely-performed songs &, maybe even a few new ones too!

This will be an intimate and exclusive show as the venue only holds approximately 110 people so ticket numbers are limited &, can be purchased here.

We look forward to seeing as many of you there as possible..it’s gonna be a great one! 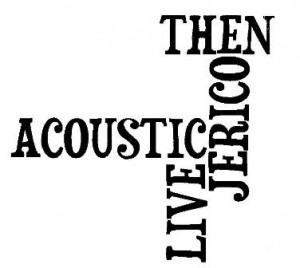 I’d like to say huge thank you to my incredibly talented, loyal and wonderful bandmates Ryan Williams, Justin McConville, PJ Phillips, John Miller and Magnus Box and to our wonderful TM Greta Butler-Jenkins and my amazing wife Laura Shaw. We all know it’s been a tough 2016 but 2017 is going to be golden. I Love You All. X

And lastly but certainly not least, thank you all you incredible TJ people out there for your undying support, encouragement, loyalty and the endless bombardment of love & positivity over the last year. You won’t be able to keep me away next year…me and the band are coming out to play! X

Thank you to all who turned out to see deliver a hugely energetic & stellar performance at this year’s Let’s Rock London. 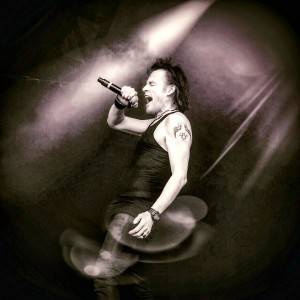 We have uploaded some quite amazing photos of the set on the MARKSHAW:THENJERICO facebook page with more to follow! Below is a quality video of BIG AREA captured on the day &, includes a short tribute to PRINCE. Enjoy…

For the last year Mark Shaw has been working on the film as Music Supervisor Consultant and, is proud and privileged to have done so.

“The film has an essential social message at its core – one to which I believe we should all pay heed and, it’s an important tale that needed telling as well as being a unique and hilarious new comedy. But as a British independant film, we of course had a very limited budget – which didn’t quite stretch to cover the cost of a license to use David Bowie’s original recording of his classic song ‘Golden Years’. And so, with a few close collaborators including Dee Ral, Clifford Slapper and my mates in Then Jerico including PJ Phillips and John Miller and, with the help and support of my amazing wife Laura, I’ve recorded a new version of the track under license from Sony Music. I produced the track, sang the vocal and mixed the track with my dear friends Moke Bennett and Pete Booker.”

We will be previewing Mark Shaw’s version of David Bowie’s ‘Golden Years’ here and, the Mark Shaw:ThenJerico facebook page when the film is released on 29th April 2016… 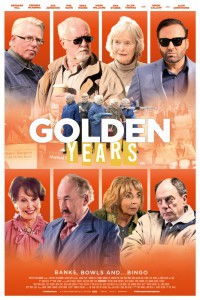 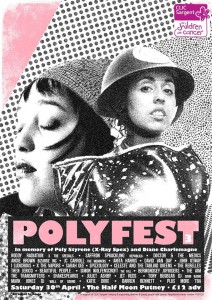 Delighted to announce that Mark Shaw, Ryan Williams & Justin McConville from Then Jerico will be performing 3 songs @ Polyfest 3 on Saturday, April 30th 2016 @ The Half Moon, Putney.

It’s a fantastic line-up and always an outstanding gig, so please join us as part of this fantastic event in support of the CLIC Sargent Children’s Charity

We’ve shared & uploaded photos from the gig on the MARK SHAW:THENJERICO facebook page. Check ’em out now!
Thank you Andy Smith for this cracking image! 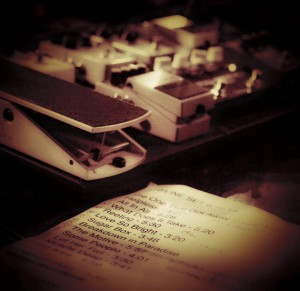 Delighted to announce we are playing Let’s Rock London on Saturday July 16th 2016!
This is the first confirmed TJ festival outing for the new year. 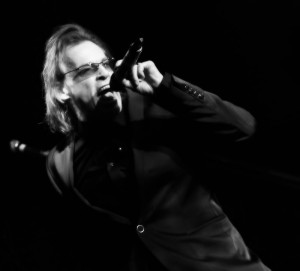 Delighted to announce that, once again, Mark Shaw will be headlining the KLR James Bond Special at Café de Paris this Thursday evening October 22nd 2015. The night is in celebration of the latest Bond epic ‘SPECTRE’ and MS will be singing some of his favourite Bond themes (and a couple of Then Jerico hits as well of course!) with the award-winning live band The Syndicate.

So get yourselves down to the Café for an evening of glamorous, exciting, quality live music, guest stars and fantasy burlesque.